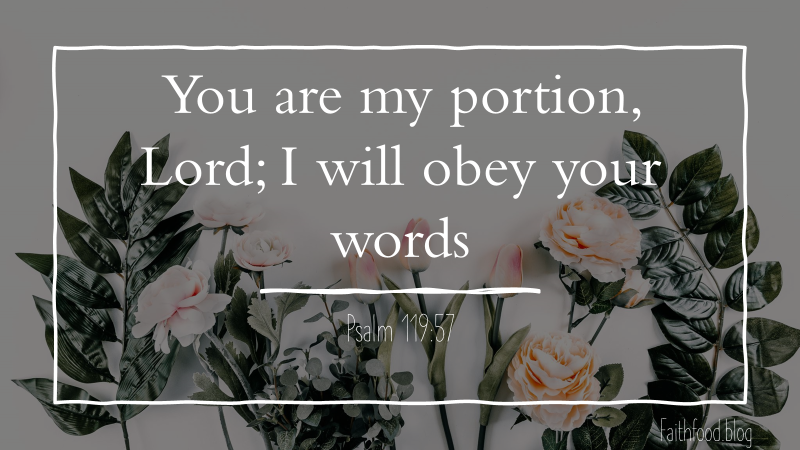 We have looked at the people grumble and rebel against God and those he placed to lead them. God is faithful even in the midst of the people’s failings, but he is also a Holy God who does not let rebellion slide. God chooses, anoints and establishes people to bring about his plans and purposes. Aaron and his sons will bear the responsibility of the sanctuary and the priesthood.

In chapter 18, God instructs Aaron about the preservation of all things related to the worship and holiness of the tabernacle. The priests and levites had a role and God re-establishes the importance of what they were called to do. They were commissioned to keep charge of the sanctuary and the altar. The Levites would assist in the care of the tent of meeting, but they would not perform priestly duties. And no one else was allowed near the tent of meeting. The consequences of a breach in obedience would be death of both the offender and the Levite or priest (v3).

In verse 5 God says “You are to be responsible for the care of the sanctuary and the altar, so that my wrath will not fall on the Israelites again. And in verse 7 God says, “I am giving you the service of the priesthood as a gift.”

God’s gift came with great responsibility. They were responsible for upholding the standards that God placed and as such would bear any offence committed by the Israelites against the holy standards of God regarding the Tent of meeting. Their diligence to follow God’s commands would allow the Israelites the freedom to worship God without desecrating the holy things and fearing his wrath. The priesthood was a gift of God’s grace to both the priests and the people.

As God entrusted the Levites with a responsibility, we his followers can reflect on the kind of responsibility we bear as recipients of the gift of knowing Him.

In Acts 1:8b we read, “You will be my witnesses in Jerusalem, and in all Judea and Samaria and to the ends of the earth.”

You and I are witnesses for Christ, the word ‘will’ implies a certainty. It is not a choice whether we will be witnesses or not, we in some way or the other represent Christ if we profess to be his followers. The choice is what kind we are going to be. Will we choose to be quick tempered, uncaring or unkind with our actions or words, more self-focused than others focused, pursuing the things of this world as a priority or will we as followers of Christ be the kind of witness that point people to him, make people curious to know what it is like to be able to experience a peace that passes all understanding, to have a joy that comes from the presence of God rather than from circumstances and to have a hope and security in God and not in the things of this world.

2 Corinthians 5:20 says, “We are therefore Christ’s ambassadors, as though God were making his appeal through us. We implore you on Christ’s behalf, be reconciled to God.”

Paul writes this to the Corinthian church and Paul likens his own calling to that of an ambassador, and he urges all to consider themselves as ambassadors for Christ representing Him and His kingdom. As we walk this life as a Christian, our profession of faith has greater effect when accompanied by action, as James writes, “Faith without action is dead”. People watch our walk with the Lord, how we love those in our lives, how we speak; do our words show integrity, how we serve; with humility and joy.

We are ambassadors for Christ, let not the busyness or chaos of life make us forget the necessity of living each moment with that truth in place. We will indeed never be perfect as we are all sinners and fall short of the glory of God but God desires to see us being faithful and diligent in our pursuit of him and devotion to him.

The priests and the Levites had a very vital responsibility, surely God would reward them with plenty in return.

Num 18:20 “The Lord said to Aaron, “You will have no inheritance in their land, nor will you have any share among them; I am your share and your inheritance among the Israelites.”

Colossians 3:23-24 says “Whatever you do, work at it with all your heart, as working for the Lord, not for human masters, since you know that you will receive an inheritance from the Lord as a reward. It is the Lord Christ you are serving.”

Through Christ we receive an inheritance, that can never perish, spoil or fade. This inheritance is kept in heaven for us (1 Peter 1:4)

In Jeremiah 45, we read about Baruch, Jeremiah’s scribe, the passage details out Baruch pouring his woes to God through the challenges that he endured for being faithful and obedient to God when many of God’s people were not. Baruch felt empty, underappreciate, and pitied his situation. God had a word for Baruch and reminds him that he is sovereign over all things, he reminds Baruch to look not at temporal things in the now but have an eternal perspective. By being faithful and obedient to God, Baruch was laying his treasures in heaven. He was reminded of his inheritance that is God himself as his reward not only in eternity but also in the now, of God’s presence and provision that would be with him all his days.

As we look at the priests and Levites responsibilities, I encourage each one of us to reflect on the responsibility we carry as followers of Christ, as His ambassadors. It is nearing Christmas and the enemy would want nothing more than the focus to be on anything else other than Jesus during this time. As his priests and his ambassadors, may we honour God and bring him glory as we carry our responsibility to showcase him through this time especially. And as we serve in various capacities during this busy time at church and otherwise, may we remember that our inheritance is God himself, not the applause or accreditation of man.

32 thoughts on “The Book of Numbers – Priests and Ambassadors”