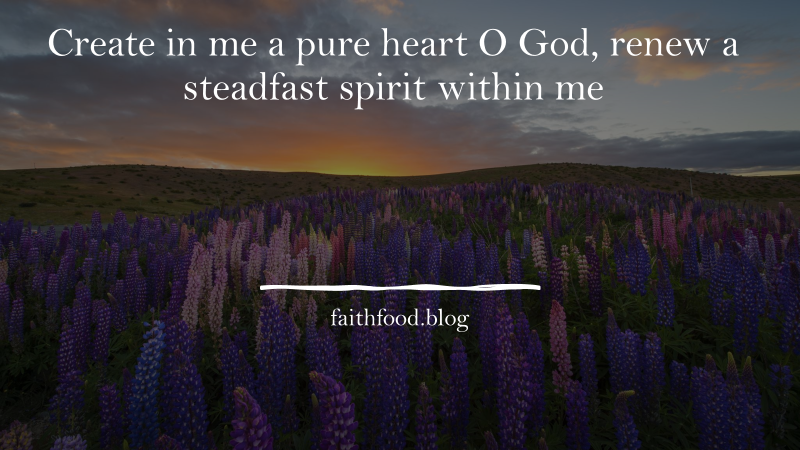 In Numbers 6, we read about the Nazerite vow.  It comes from the Hebrew word Nazir which means ‘to separate’. It was to be separated and set apart, for the Lord, and that could be either for life or for a certain period of time.

Such a lifelong vow was lived by Samson (Judges 13-16). He was chosen and set apart by God for a reason in a time of need for Israel.

A vow is a promise toward something. In Scripture, we see that vows were a special part of the people’s worship reflecting a person’s commitment and allegiance to the Lord.

In Isaiah 19:21 we read the prophet envision a time when the Egyptians will show allegiance to the Lord “So the Lord will make himself known to the Egyptians, and in that day, they will acknowledge the Lord. They will worship with sacrifices and grain offerings; they will make vows to the Lord and keep them.”

A vow was also something that was made in times of need or during joyful celebratory times reflecting on the goodness and provision of God.

In Leviticus 23:38 we read that vows were a part of the celebration of ‘The Feast of Tabernacles’, It was a time of joyous celebration as the Israelites celebrated God’s continued provision for them in the current season and remembered His provision and protection during the 40 years in the wilderness, “These offerings are in addition to those for the Lord’s Sabbaths and in addition to your gifts and whatever you have vowed and all the freewill offerings you give to the Lord.”

To make and keep a vow was not something that was to be considered callously, it was considered a sin if it was not held and fulfilled.

The Nazerite vow was associated with certain requirements

Abstinence from fermented drink – to keep from gratifying the desires of the flesh.

The hair not being cut was publicly noticeable, it could not be hidden, it was a public declaration. There was an accountability along with a testament that a consecrated life is a light which cannot be put under a bushel.

And to keep from things that make one unclean – an awareness and intentionality of keeping from anything that made one unclean during this time. The requirement included not going near a dead body even if a family member passed away. This time was about keeping God first and foremost before any earthly ties.

There is much we can learn from this Nazerite vow.

Acts 18: 18 “Paul stayed on in Corinth for some time. Then he left the brothers and sisters and sailed for Syria, accompanied by Priscilla and Aquilla. Before he sailed, he had his hair cut off at Cenchreae because of a vow he had taken.”

As we read about the Nazerite vow, we can tend to focus on the requirements the person had to follow through, for me it was always the hair not being cut, as Samson was a story that I heard from my Sunday school days, and it is something that always stuck with me.

As I read it now, the vow is more about setting oneself apart and dedicating one’s life and time to God. This made me reflect on how I am personally faring in my continued devotion to God. Is it steady, does it fluctuate when my life gets inundated with many things, does my devotion to Him need a reset?

What is your daily life devoted to? All our life is meant to be devoted to God. If you feel that your priorities are needing a reset, if your heart needs to be recalibrated towards God, or you need to revive the vital connection and communication with Him then take some time and separate yourself from your routine and dedicate some time for God. It may be a complete removal from everything else for a certain number of days, or a more permanent setting aside of certain things that derail you in your journey towards drawing closer to God.

Spend some time in prayer, reflect and ask yourself if you need a reset in your devotion to God.

Create in me a pure heart, O God and renew a steadfast spirit within me (Psalm 51:10).

29 thoughts on “The Book of Numbers – Does your Devotion need a Reset?”